The History Of Air Conditioning

But even in Denver, temperatures can rise into the triple digits on occasion, and make air conditioning a necessity, not just a nice-to-have. But where did all of this get started?

Air conditioning attempts are as old as time. Ancient Romans took advantage of the aqueduct system to circulate cool water through walls in their homes. 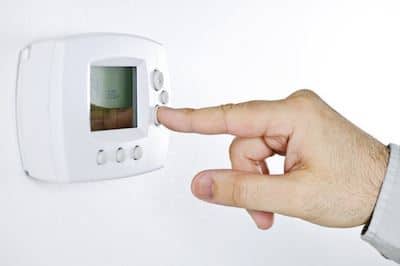 In the late 19thcentury, a dying President James Garfield was cared for by having caretakers douse cotton sheets with ice water, a fan blowing air through it to keep the air cool. Highly inefficient and tedious work, it wasn’t effective for anyone but the powerful and elite.

The big breakthrough came with the invention of electricity. Oscillating fans were introduced in the early 20thcentury. And in 1902, a 25 year old engineer from New York, Willis Carrier, invented the first modern day air conditioning system. This unit sent air through water cooled coils, sending bursts of cooled air out into the environment around it.

His invention wasn’t developed for humans. Instead, it was designed to control humidity in the printing plant where he worked. By 1922, he invented the centrifugal chiller, which added a central compressor to reduce the unit’s size. It was introduced in 1925 at the Rivoli Theater in Times Square, giving people more of a reason to pay for movies in an air conditioned theater on hot summer days.

By the 1930s, air conditioning spread throughout businesses, including offices, department stores, and rail cars. Residential air conditioning was slower to take hold, with just 10 percent of US homes having it by the mid 1960s. By the late 2000s, its spread to as much as 90 percent, giving everyone a break from the intense heat that has followed the US population’s shift into more attractive places to work and live.